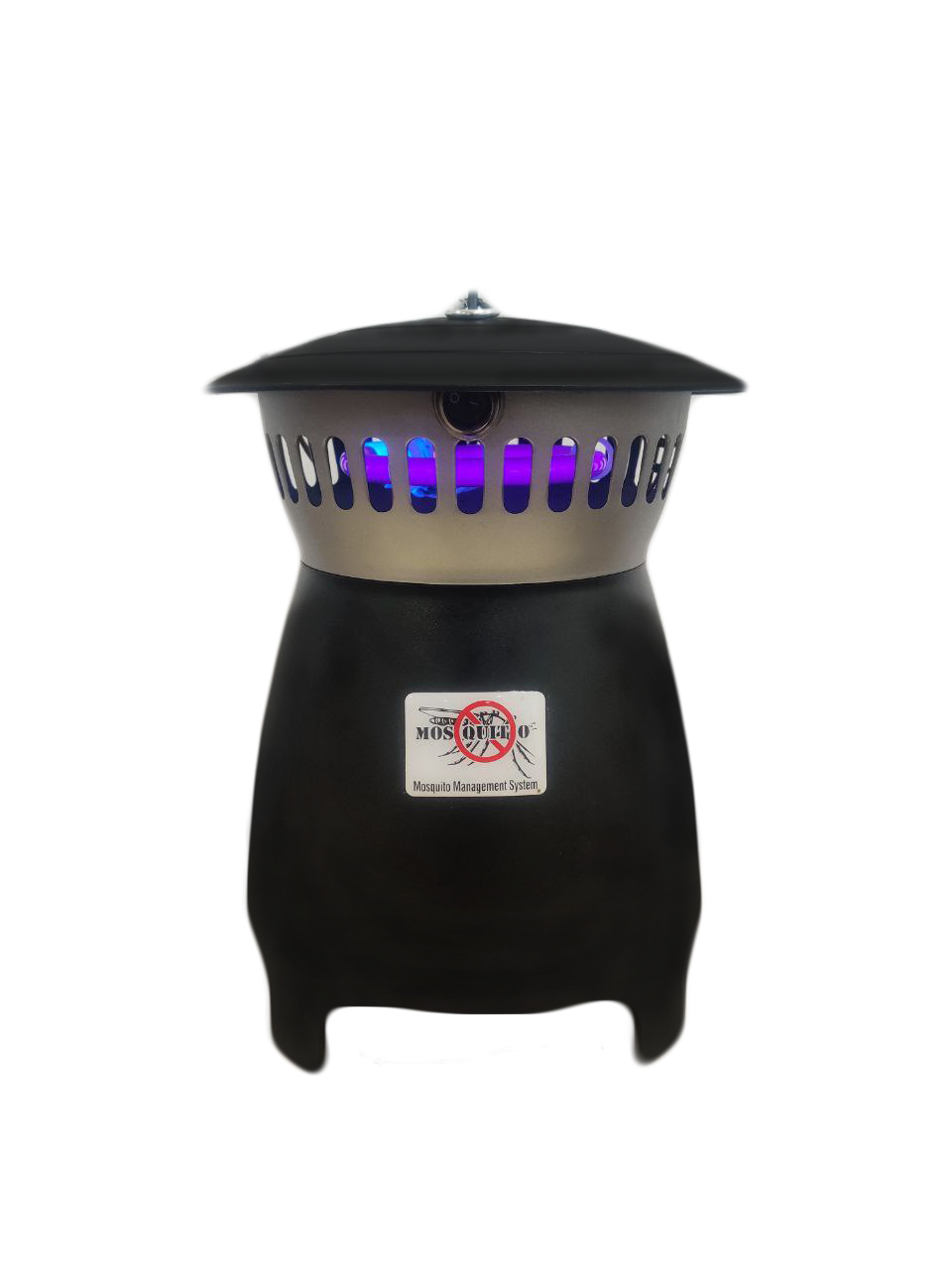 Mosquitoes easily locate their prey by sensing the carbon dioxide and warmth that warm-blooded mammals give off, as well as natural by-products such as octenol and lactic acid. Like most insects, they are also attracted by ultraviolet light.

The MosTrap utilizes these active attractants to lure mosquitoes as well as other biting insects away from humans and into the trap, where they dehydrate and die. Unlike many traditional eradication methods, the MosTrap does not rely on harmful chemicals, pesticides and repellents, flames, or exposed high voltage parts, and is safe for indoor use, even around children. The attractants, which are natural by-products of respiration, are locked securely at the bottom of the trap, and moving parts such as fans are safely enclosed.

The MosTrap can be used either as a standalone trap providing protection in a small area, or as part of a larger abatement and control system protecting an entire premise.

All electronic components of the unit are weather-sealed, and the unit may be deployed both in- and outdoors (under shelter). No high-voltage parts are exposed where humans or pets may come into accidental contact

MosTrap is designed to be left on 24/7, to provide constant protection for you and your family

The MosTrap uses several physical as well as natural attractants to optimally lure mosquitoes and other biting insects away from humans.

Carbon dioxide is a significant component of breath exhaled by humans and most other animals. Although odorless to humans, mosquitoes and many other biting insects are especially attuned to the scent of carbon dioxide, and can smell it from as far as 36 meters away. The Mostrap generates small amounts of carbon dioxide to mimic prey, attracting mosquitoes away from humans.

The volume of carbon dioxide produced by the MosTrap is large enough to attract mosquitoes, but is still insignificant compared to that which is already found in the air we breathe. It is completely non-toxic to humans.

Lactic acid is the substance muscles produce as a by-product of exercise. Through sweat and perspiration, small amounts of lactic acid are released into the air, the scent of which also attracts mosquitoes.

Lactic acid is odorless in the amounts released by the MosTrap. The attractant is contained securely in the locked base of the trap, so that children and pets will not come into accidental contact with it.

Octenol is a chemical contained in small quantities in human breath and sweat. It is odorless at the levels released by the MosTrap, and like all our active attractants, it is stored such that accidental contact is minimized.

A large variety of insect pests are attracted to ultraviolet (UV) light, as a result of the structure of their compound eyes. Insects fly towards the light until they are sucked into the trap by its powerful fan.

Mosquitoes see and feel the heat that our body gives off. The trap features a heat surface which is approximately the same temperature as human skin. This offers credible landing zone for mosquitoes and biting insects.

The MosTrap is principally a dry, dehydration trap.

Insects which fly close to the opening will be caught in the fan's vortex, and are sucked into the catch box where they dehydrate and die. Mosquitoes are weak flyers, and are unable to escape the air currents in the catch box. The catch box will accumulate a significant quantity of dead insects after prolonged operation, and should be emptied periodically.